This Debate is Over 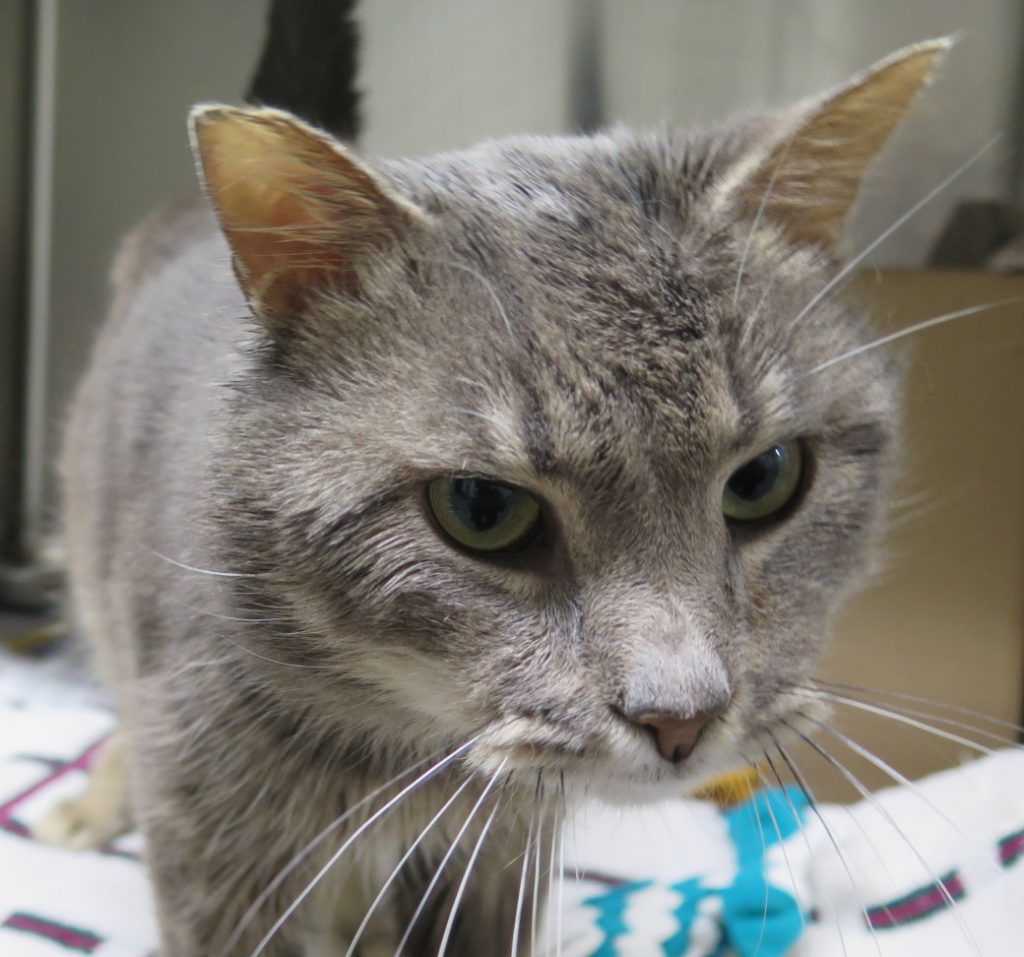 Bruno was luckier than many cats allowed to roam outdoors.

It’s surprising to me that one of the most controversial topics I write about is keeping cats indoors. For me, this is a no-brainer. I see the consequences of cats allowed to roam every day here at the OHS.

In just the first two weeks of March—still a relatively slow period in the shelter—10 severely injured and sick cats have needed our care. Some were hit by cars. Some were suffering the effects of neglect or our harsh climate.

We were able to bring some to health, though most suffer greatly along the way. Not all could be saved.

One particularly heartbreaking feline was brought in as stray on March 15. She had been hit by a car, possibly multiple times. She was in a great deal of pain, making her condition difficult to assess. Her lower hind leg was fractured and likely so was her pelvis. She had trauma to her tail and mouth. She showed a great deal of pain when her spine was palpated. Her abdomen was distended and painful. She could not eat or urinate or move her bowels. In the end, she was humanely euthanized. We didn’t know her name.

Bruno, another sad cat was brought to us from the outskirts of Ottawa. He had lived outdoors most of his life. He had a severe ear infection, upper respiratory infection, fleas, and an untreated tear on his right ear; likely the result of fighting with other cats outdoors. He was suffering from advanced dental disease.

Fortunately, Bruno was not so far gone. We flushed his ears out to remove pus with saline then treated him with an antibiotic and anti-fungal ointment. We treated him with Advantage and Revolution for fleas and mites, and treated him for tapeworms.  We started him on antibiotics for his ears and his respiratory infection, and applied eye medication daily. Bruno will require multiple tooth extractions. It will take a long time, but we think Bruno can be adopted once he is well.

These stories are only two of hundreds we see every single year. So, for me, this issue is not controversial and the debate is over. Cats should never be allowed to roam.