The Streets are No Place for a Cat 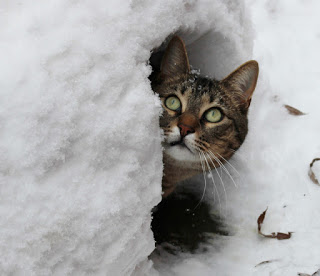 I’m fed up. I’ve said it before and I’ll say it again: the streets are no place for a cat. But the message just isn’t getting through.

I am a witness to the toll life on the streets exacts from our feline friends. It’s tragic. On my drive to work, I see cats wandering the sidewalks alone, dodging cars and scurrying under bushes. All too often, someone rushes in carrying a cat hit by a car, arriving to the Ottawa Humane Society for help that will come too late. It’s outrageous and completely unnecessary. Disease, traffic, and attacks from other cats or other animals are too common. The intentional infliction of injury by humans also ranks high.

There are voices out there that argue cats are happier and healthier when they’re allowed to roam free, just like their wild ancestors. It’s what grandma did with her cat, then mom. Now it’s what we’re teaching our kids. But now that we know better, we should be doing better for our cats. The cats around today are fully domesticated. They depend on their human caregivers. There’s simply no kind of evolution that will prevent the senseless suffering of a cat on the street; I see the consequences when they arrive at the OHS emaciated after weeks lost on the streets or frozen solid from a cold winter night. The streets are hell for a cat. 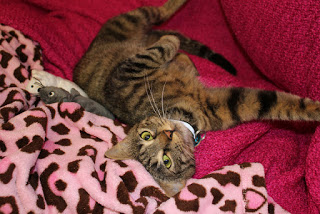 I am told that a similar debate raged about dogs in the middle of the last century, with some arguing that since dogs descended from wolves, they needed to run free! I’m not sure that anyone now thinks that dogs would have longer, healthier lives if they were allowed to roam our streets. This is just as true for cats.

So why is this happening? Like most animal welfare crises in our community, the root cause is human behaviour — specifically irresponsible behaviour. The sad reality is that ultimately, this is so widespread that it leads to the conclusion that it’s not simply a number of individuals causing a terrible situation but rather a community problem stemming from the fact that cats are simply not valued, certainly not to the same degree as our vaccinated, sterilized, collar-wearing, leashed canine friends.

We can do better for cats. I know we can. I want to hear from you. Share your ideas for getting the message out there that cats don’t belong on the streets on Facebook at Facebook.com/OttawaHumane or email me at brucer@ottawahumane.ca. Only working together can we change the future for our cats.