Should Earth Day Be on the Endangered Species List? 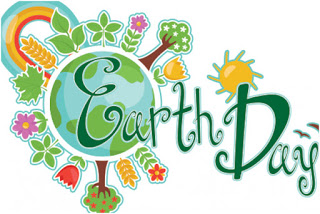 This Saturday, April 22 is Earth Day. The 47th one, in fact, since its founding in 1970. The Earth Day story is actually pretty fascinating. The project’s website sets the stage: “At the time, Americans were slurping leaded gas through massive V8 sedans. Industry belched out smoke and sludge with little fear of legal consequences or bad press. Air pollution was commonly accepted as the smell of prosperity. ‘Environment’ was a word that appeared more often in spelling bees than on the evening news.”

Into this reality came Earth Day founder Gaylord Nelson, then a U.S. Senator from Wisconsin. “Inspired by the student anti-war movement, he realized that if he could infuse that energy with an emerging public consciousness about air and water pollution, it would force environmental protection onto the national political agenda. Senator Nelson announced the idea for a ‘national teach-in on the environment’ to the national media…(and) to promote events across the land.”

“Teach-in on the environment”? Yikes. Anyone younger than me will be puzzled by the term. You see, in 1970, everything that happened ended with “-in”.  There were sit-ins, love-ins, even the famous “bed-in” that John Lennon and Yoko Ono used to protest the Vietnam War in Montreal in 1969. The phrasing seems quaint in 2017. And I am sorry but “Earth Day” is a bit quaint-sounding  too.

But here is the thing: Earth Day was one of early drivers of serious discussion about the environment, including animal habitat and extinction. And that discussion led to the creation of the Clean Air, Clean Water, and Endangered Species Acts in the U.S. by the end of that year.

The situation in Canada was and is complicated by overlapping federal and provincial powers, and by and large legislative action came considerably later. Canada’s Species at Risk Act became law in 2002, Ontario’s Environmental Protection Act in 2004. Still, all legislation comes from discussion, and all discussion comes from awareness. And Earth Day remained among the few broad awareness movements about the environment through the ’70s and into the new millennium.

Today, few disagree that the environment is one of, if not the most, pressing issue facing our species and all the others that we share our world with — animals and people alike. Protections are under threat almost everywhere most of the time. We need all the reminders we can get that our home, our planet needs us to act. One of those reminders is Earth Day. We need it more than ever.

P.S. To read more about the fascinating history of Earth Day, please visit its website.