As I write this, a beautiful Labradoodle that the staff have named Princess is lying on a blanket in the corner of my office. She has been groomed – sort of.  Her coat was so bad that staff could only shave her down to make her more comfortable, but though beautiful, she won’t win any dog shows soon. Princess looks at me occasionally, but she doesn’t move. I can pet her, but she doesn’t react. I could leave my door open and she wouldn’t leave. She just silently cowers on her blanket in the corner. Her spirit is broken. 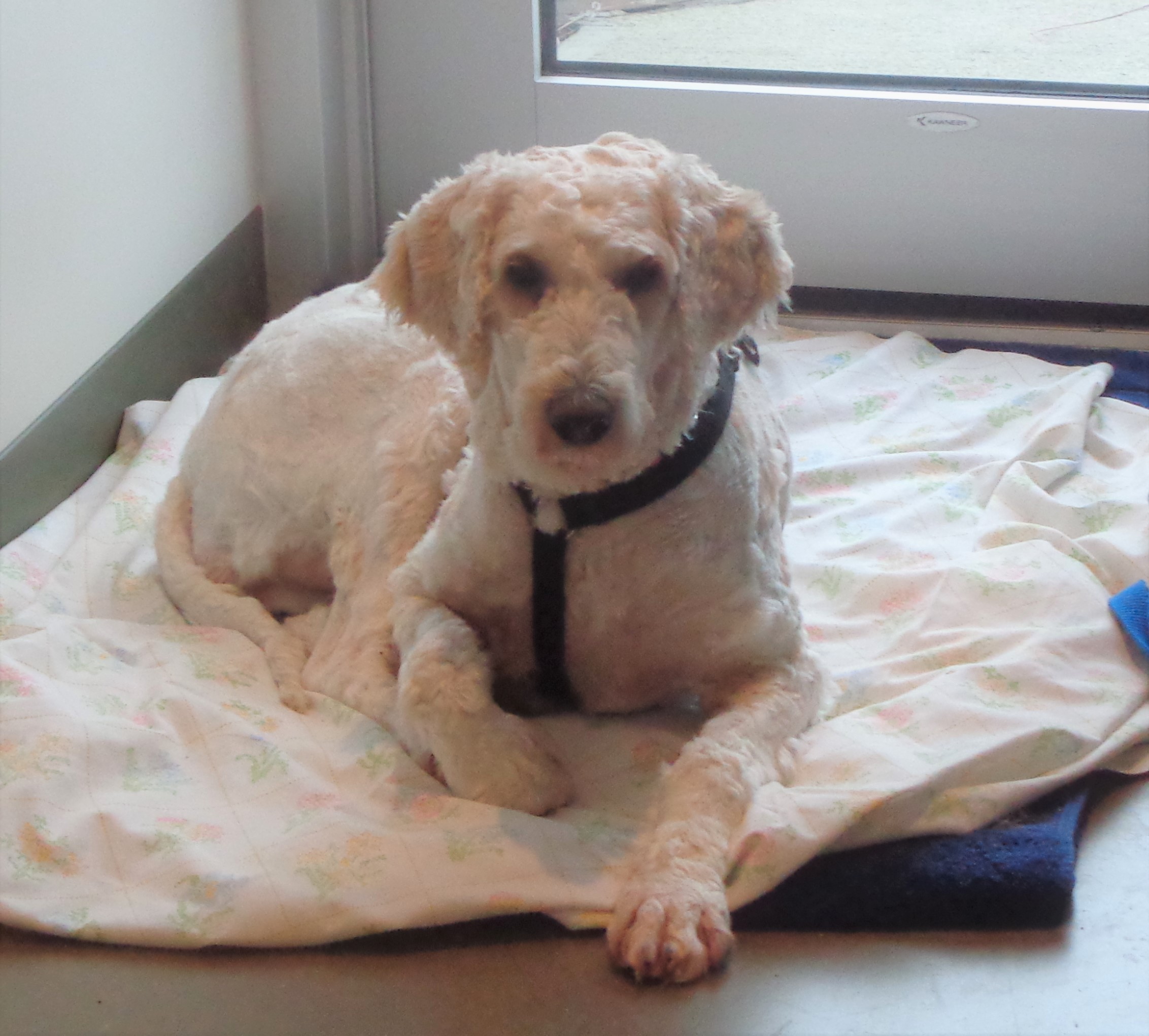 Princess came to us from what is essentially a puppy-mill out of control. Princess lived outdoors with dozens of other dogs. She is not socialized to humans, and the noise and activity in the kennels terrify her. She gets her daily break from the kennels in my office, and I talk to her and try to socialize her bit by bit day-by-day. I will do this every day until she trusts and her spirit begins to return. Then she will be ready to go to a new loving home.

Yesterday, I went to critical care. Lately, a lot of dogs have been admitted with broken legs and I wanted to see how the clinic staff were doing with the unexpected influx. There was a little two-year-old Yorkshire terrier cross named Lucky there. Lucky hadn’t had the good fortune his name suggests. His right leg sustained multiple fractures, and we have put him in a cast. The veterinarian told me that his breaks are complex. We are trying the cast, but if that doesn’t work, his leg will be amputated.  If that happens, I know that Lucky will barely notice, having three legs and unencumbered by human self-consciousness, he will be fine. He is spirited and he will find a loving home once he is healed.

Broken legs are easier to treat than broken spirits. 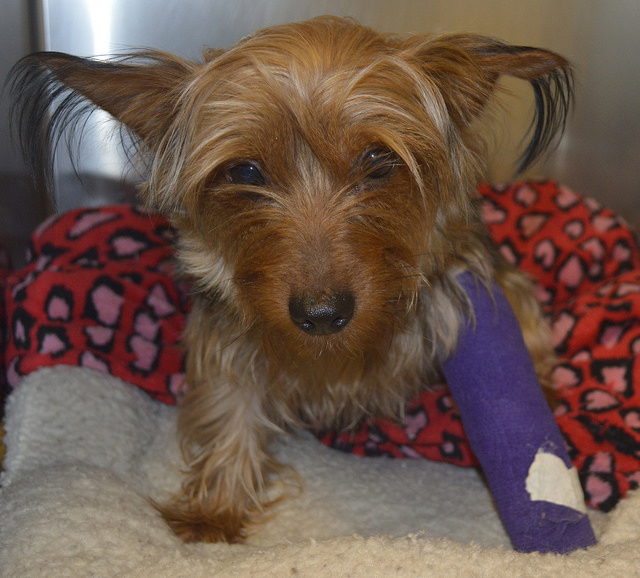 As I think about these two dogs, both needing the care of the Ottawa Humane Society in very different ways, I am proud and touched. I am proud that we can be here for these two broken dogs. I’m proud of everyone here: the staff, volunteers and the donors that make it all possible. And I am touched to be a part of it all.