The Evolution of Animal Welfare: Part One

I recently had the opportunity to hear Jim Tedford speak. Jim is the CEO of the Society of Animal Welfare Administrators — the premier group that brings together senior staff in humane societies, rescues, and municipal animal shelters. Jim’s speech topic was the evolution of animal welfare. It was insightful, thoughtful, and in my opinion, bang-on. I thought you might be interested in reading a little bit about what we have seen and are seeing across most of North America and its impact on the future of animal welfare in general, and at the OHS. 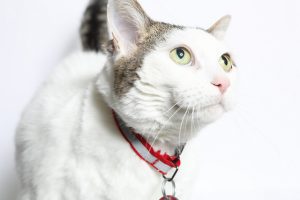 There are more older animals like Blossom being admitted to shelters.

In part, because of our own efforts, the OHS, and many shelters across North America, are seeing intake numbers drop. This is, of course, excellent news. It frees up resources. And that is a good thing, because the animals admitted to shelters need a lot more care than in the past. There are many fewer puppies and kittens overall and many more seniors or animals with medical issues, which means that in most shelters, the cost per animal cared-for rises each and every year. This holds true for our experience at the OHS.

“Rise of the Rescue”

In particular since Hurricane Katrina hit in 2005, there has been a dramatic increase in the number of rescues, also known as limited admission groups. Many, if not most, rescues are a god-send to animal welfare in a community. Without any level of certification or oversight though, a minority provide a standard of care well below what is adequate or reasonable. Some are actually just hoarders masquerading as “rescuers”. The addition of these new groups is proving to be confusing for the community at large and the chance that a community doesn’t know who does what, and how they do it, grows with each new group.

Expectations are not being set by those who actually perform the work, but rather by communities that may not be aware of what is entailed rehoming thousands of animals every year, each with its own unique needs. A term like “no-kill” that may sound good, but is too-easily bandied about without a common understanding of what it means, or how it is defined by a particular organization. Sometimes, animals that are suffering are kept in pain, or in squalid conditions. 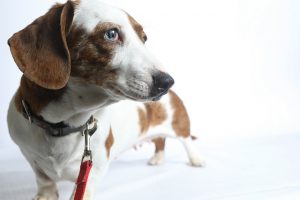 Now more than ever, people are turning to shelters to add pets like Ladybug to their families.

More good news! For the first time since statistics were collected, shelters are now the number one source of companion animals. Communities are progressively become more aware both of the quality of shelter animals, and the issues of pet overpopulation. The public demand to “do the right thing” has certainly experienced huge growth. However, given the drop in the number of puppies and kittens in shelters, we are always concerned that the demand will be filled by disreputable sources.

Next week, in The Evolution of Animal Welfare: Part Two, you will read about four more trends: veterinary care in shelters; funding models; preserving the bond; and, shelters and veterinarians as partners.