Trouble in the Hen Blog 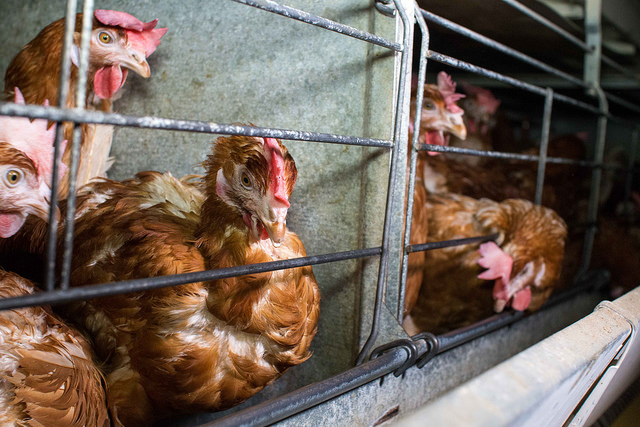 Between the ages of 11 and 13, I spent a good chunk of Christmas Day in a very odd place: a chicken farm. You see, at the time, my older brother worked on that farm, and if I wanted Christmas to begin before five, I would have to go and help him cleaning and feeding the chickens and collecting the eggs.  So for a couple of years that is what I did on Christmas Day.

The farm was awful. The smell of ammonia was terrible. Two laying hens were crammed into cages that were too small for just one. They could barely turn around and couldn’t lie down at the same time. Many had injuries from the wires or one another. There were rows and rows of these cages in huge barns. One other time, I witnessed the chicks being sexed. Females were put into crates for shipping. Males were tossed into a barrel and were suffocated by the ones on top.

My September blog, Trouble in the Hen House, opposing backyard chickens elicited more responses that almost any that I have written. That’s good. The whole point of a blog is to get people thinking and sharing their thoughts. This one had some pretty bad reactions. One writer suggested that I should be fired for the views I shared. Many asked if I had ever seen a large scale chicken farm. I have. At Christmas in the seventies. It was awful and I have no reason to believe that the majority of today’s operations are much different.

Here is the thing: chickens as a species are probably the most systematically abused animals that humans make use of. As a society, we need to think about our choices and make better ones. We need to force a change in how chickens are raised.

But I don’t believe the horror of mass chicken farming means that urban chicken farming is a good idea. We can fix one huge problem without creating a whole series of small ones.