Rhinos, Fundraising, a Little Thought and a Little Research

My Facebook feed declared last night that the Western Black Rhinoceros had been declared officially extinct. I was sad. I have never seen one and now never would. The world — my world — felt diminished without this creature in it. Because of the prevalence of false news on social media, I decided to make sure the story was true. Snopes, my go to source for reality, confirmed the story. The demise of Western Black Rhino has indeed happened. In 2006. Okay, that doesn’t make it any better. But I am glad I took the time to check the story and didn’t share it. 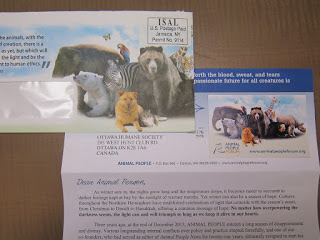 Letter from the Animal People Forum.

Similarly, yesterday, I received a letter from an organization called Animal People Forum. The postmark was Jamaica, New York, though with a mailing address in the state of Washington. Overall the piece looked a bit odd. And despite my 17 years in animal welfare, I had never heard of this organization. So, I went to their website. I looks pretty good. But you have to read it carefully. They have four projects. One is called, “Beyond Human: Animals, Aliens and Artificial Intelligence.” Yikes. I’m glad I checked that one out too.

This all made me wonder how many letters hit our supporters’ mailboxes, and whether people check out what they receive. In my experience, people who care about animals are a very kind bunch. They want to help. Sadly, this can be taken advantage of. And there are groups that range from misleading and dubious to outright frauds ready to take advantage.

I would never presume to tell anyone the causes they should support but I hope and pray that people ensure that they are really supporting the issue they intend. It only takes little thought and a little research.

First, what are the issues you care about? Mainly domestic pets? Wildlife? Are you mainly concerned about local issues? National? International? All of the above? Do you want to support actual care for animals or do you think that awareness and advocacy are really going to affect change? Having considered these questions before that very emotional appeal hits your mailbox can help you to make sure your hard-earned cash does what you want it to.

The second consideration is whether the organization asking you for cash actually does what it says — or implies. A quick review of their website is sometimes all you need to do. What does this organization actually do? Be careful here, I have a seen some misleading practices. A few sites show animals for adoption, but none of the animals are actually in the care of that organization, just adoptable animals pulled from other websites. An organization may highlight an important issue, but it’s not clear what they are doing about it. I am very concerned about the loss of the Western Black Rhino, but the OHS website does not imply that we did anything to try to prevent it. Beware too of small gestures that are expensive and may not add up to significant change. Sending a staff team to China to adopt a few dogs from the meat markets and fly them back to Canada may raise awareness, and it certainly saves some canine lives, but is supporting the flights the best way to close the markets? Is it where you want to invest your money?

Other places you can check are the Canada Revenue Agency charities listings. Every registered charity in Canada is listed and you can easily find out how they spend their money with a few clicks. And if they are not a registered charity, ask yourself why not?

If it is a humane society asking for your support, are they a member of the Canadian Federation of Humane Societies (CFHS)? Most are. And another few clicks on the CFHS site can tell you. 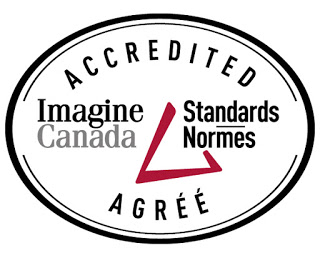 You can always call us at the OHS too. We won’t provide a recommendation, but we sometimes can provide some basic facts and we will tell you if we work with a particular group. I hope that in the not-too-distant future accreditation of various sorts will help us all in separating the legitimate and effective from the dubious and misleading. That is why the OHS sought and achieved accreditation with Imagine Canada for excellence in board governance, financial accountability, fundraising, staff management, and volunteer involvement last year. We wanted to support this direction among not-for-profits and wanted to assure our community of supporters of our commitment.

Few charities have achieved this, and only one other humane society in Canada, the British Columbia SPCA, has done so to date. I am not suggesting that those that haven’t are not legitimate, but I look forward to a day when you and I can rely on this and other forms of accreditation to assure that our kindness is not exploited.

Until then, you and I can do it ourselves, through a little thought and a little research.