Giving is the New Black 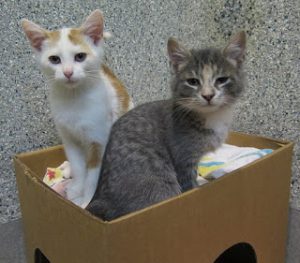 There are 130 cats and kittens at the OHS who need your help on Giving Tuesday.

It’s the most wonderful time of the year! And, no, I don’t mean the door buster deals of Black Friday.

Sure it’s easy and exciting to be lured into the rock-bottom prices, the never-been-seen-before deals, the buy-one-get-one specials and the extended hours of shopping frenzy, (we even have our own weekend long sales in the OHS Buddy & Belle Boutique) but it’s actually next Tuesday that has my interest peaked.

#GivingTuesday is like the modest, younger sibling to its overbearing counterparts, Black Friday and Cyber Monday. And while it was originally launched by a United Nations Foundation in the U.S., this global movement for giving and volunteering has a very Canadian feel.

Giving back and looking out for our neighbours is part of who we are as a nation. So, it’s not surprising that since its inception just four years ago, Giving Tuesday has flourished here in Canada at an online participation growth rate of 300 per cent year over year. What was a handful of organizations promoting the “opening day of the giving season” in 2012 is now more than 4,700 partners strong in 2016. And the OHS is proud to be one of those partners.

So, I won’t be lined up outside my favourite store fronts tomorrow morning or up at dawn on my computer for online shopping on Monday. But on Tuesday November 29, I will be supporting the #GivingTuesday movement as we open the all-important giving season at the OHS with thousands of caring donors and hundreds of loving volunteers by our side, all for the love of animals. Won’t you join me?